Chinese Medicine is at the base of the majority of Kinesiology modalities (see Modality – School – Branch).
There are basically 2 slightly different “types” of Chinese Medicine:

In Taoism every aspect of the universe is divided into Yin and Yang aspects. To further define the shades of Yin and Yang they defined the 5 Chinese Medicine Elements and they formulated the 5 Elements Theory. See 5 Elements – Wu Xing to read detailed information.
To interact with the 5 elements in the body we use Acupuncture Points and Meridians. To find where Acupuncture points are it is useful to know that all measures in Chinese Medicine are relative to the dimensions of the subject and are expressed in Cun – Distances in TCM.
The two most used sets of Acupuncture points are:

To resume: in Kinesiology (AK or SK) we often use our reflexes to do a Meridian Energy System Balance using the knowledge of ancient Chinese Medicine. 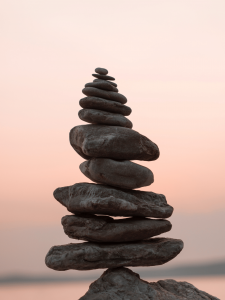