This article has been published in the June 2019 Knowlative Newsletter, the 6th of June 2019.

What is it? Crohn’s disease is a type of inflammatory bowel disease (IBD) that may affect any part of the gastrointestinal tract from mouth to anus. Signs and symptoms often include abdominal pain, diarrhea (which may be bloody if inflammation is severe), fever, and weight loss. Bowel obstruction may occur as a complication of chronic inflammation, and those with the disease are at greater risk of bowel cancer.
The cause of Crohn’s disease is still unknown. It is believed to be a combination of environmental, immune, and bacterial factors in genetically susceptible individuals. In Crohn’s disease, the body’s immune system attacks the gastrointestinal tract, possibly targeting microbial antigens. Tobacco smokers are twice as likely to develop Crohn’s disease as nonsmokers.
The Western Medicine approach to treatment: There are no medications or surgical procedures that can cure Crohn’s disease. Treatment options are intended to help with symptoms, maintain remission, and prevent relapse. In those newly diagnosed, a corticosteroid may be used for a brief period of time to rapidly improve symptoms alongside another medication such as either methotrexate or a thiopurine used to prevent a recurrence. Surgery should be used as little as possible, but it may be necessary to remove abscesses, certain bowel obstructions, and cancers.
(Source: Wikipedia).

Sarah* aged sixty -nine was recommended to come and see me by her son, she had suffered from Crohn’s disease for a period of almost thirty-five years. The consultant she was under-told her that she would be on drugs for the rest of her Life. Sarah felt disillusioned and uncomfortable with this information because of the side effects; when reading some of the information on the leaflets of the steroid administered, it claimed that it could make you feel suicidal. Worried and upset and wanting to take control of her condition she felt that this method of working could be of help.
Her first visit was August 2018 where much heat and tension was felt within the energy field especially over the solar plexus, sacral and base chakras. This was indicative of what is going on inside the body. Sarah had always had back problems and it was clear to see the energy was unable to flow fluidly up and down the spine. The back was mirroring the front. As we worked with the layers of emotions the Essences, Crystals, and Symbols were integrated into the system and the spasms began to stop. The Sea Essence Urchin was used for some time, internally washing away much of the emotional holding-on from many years past. When speaking with Brenda and working with the emotional body it was clear that there was a period in her life where she worried a lot and held on to anxiety and deep-held beliefs that she was unable to process and let go of. At times she would get really worked up, holding all the stress inside – she had begun to internalize her pain. This energy just built over the years and caused conflict within her marriage.
Crohn¬¥s is often experienced with people who have lost their way and feel of low value, they often are unable to control their situations and internalize their trauma. The Sea Essence Urchin was used for a long period of time as it dissolves tiresome energy from the Heart and Mind, it works with past events that were unjustified. It allows us to go within and make the changes we need to make, softly and quietly helping to create modesty, harmony, and trust.
Many Symbols were used during the treatments:- All of the Forgiveness Symbols
1 Gold Forgiveness Symbol – Quietens the mind and allows us to fully forgive, fully integrating with our emotional body.
2 Blue Forgiveness Symbol ‘Heat of the Moment’ – removes heat from the body, the heat of anger or disappointment.
3 Pale Grey Forgiveness Symbol – is for balancing and releasing conflict and destructive energies from the past. It allows us to coast through all emotional barriers with ease, clearing old cells.
4 Purple Forgiveness Symbol ‘Forgiving and Forgetting the Past’ – to humbly go forward in the right direction.
Gradually as the heat was removed from Sarah’s system she began to stabilize and she felt she fitted in with people much better. The energy and trapped emotions had been released allowing her body to heal. Her son and daughter-in-law had noticed a huge difference in how much she had changed and commented on how she was more comfortable.
Sarah returned to her consultant in March 2019 when she was feeling much better. The stool test she provided came back completely free from inflammation.

From Dr. Ludovico Feletto
In my practice, when a patient with Crohn’s disease presents, I would use the Muscle response test to decide what to do in every specific case. As we know, with all disease the approach is to find the underlying causes of the individual. We may be intuitive about certain underlying factors, but we would also go through a basic checklist (as an initial starting point) including:

If you have some interesting case studies, we want to hear from you! Share your knowledge and experiences with us, by sending your article to gemma.genovese@knowlative.com 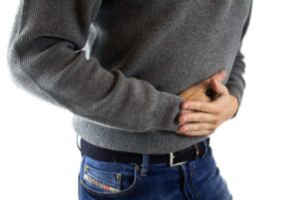