This article has been published in the August 2019 Knowlative Newsletter, the 19th of August 2019.

Kinesiology, through the Muscle Response Test, allows us to dialogue with our client’s body and subconscious. Through the muscle test, we can identify the cause of the person’s imbalance and determine which is the most effective correction.
Sometimes we can face some difficulties when our client isn’t able to “communicate” with us through his/her muscles, like when they are too young (i.e. newborns that are not able to control their muscles yet), or when they are too sick and they don’t have strength in their muscles, or when they are not cooperative, like with hyperactive kids or when we work on animals.
To overcome this difficulty, in kinesiology we have a great and a unique tool called Surrogate Testing (ST), where we can gather information from someone that we can easily monitor, while they are touching the one that cannot be monitored.
I have used this tool a lot. In fact, after I completed my training in the branch of kinesiology called Applied Physiology, I started to work a lot in neurological cases. Many of my clients were quadriplegic, which means that they had both arms and legs paralyzed. With these clients, it was impossible to use any of the 14 muscles. When I was lucky, I could use the neck flexors as an Indicator Muscle, but often the client got tired quite quickly. I used to use the Orbicularis Oris Muscle, but it’s not an easy muscle to test. So, I experimented with the use of Surrogate Testing (ST).

Case Study: Exclusive use of ST

A male, in his mid 30’s that broke his neck diving from a rock. He had a luxation of the neck and he cut the spinal cord completely. The family asked me to balance him while he was still in the Hospital. He had several respiratory infections, and he had an antibiotic-resistant bacteria that caused him to have 39-40 Celsius degrees of fever for more than a month. Finally, the doctors found a very old antibiotic, usually used for intestinal infections, that won his bacteria. This was very interesting for me, that an intestinal antibiotic cured a pulmonary problem. But this is a completely different story, and it could be the subject of another article.
So he was very tired when I met him, and ST was the only option. I started to use his wife as the surrogate. However, we had to change the surrogate immediately, because a very common emotional topic for a paraplegic showed up: suicide. She couldn’t stand to hear him talking about this topic.
He was an active, sporty, young man, with two children and a young wife completely paralyzed and too weak yet to sit in the wheelchair. All this was already devastating, but what triggered his desire to suicide was that, because he had a swallowing difficulty and his lungs and respiratory muscles were too weak, he was not able to cough properly if some piece of food was going down the trachea. He could choke and die because of that. So the doctors wanted to implant a PEG (percutaneous endoscopic gastrostomy), the tube that goes directly into the stomach, and through which the person can be fed.
He told me: “Not only I will never walk, run or stand up again in my life, not only will I be unable to touch  my children or my wife, not only I will never be able to dress myself or to scratch my nose, but now they are telling me that I will never be allowed to eat anymore. I will never be able to taste the taste of food. So why should I live anymore?”.
We used his father as Surrogate and we set the goal that if he could have been able to eat normally, he would have to give up the idea of suicide. I started to work on him once a week, working on all the factors that could have improved his swallowing: working on the trauma (structural, neurological and emotional), on the scar of the surgery, on the spinal cord, on all the neck muscles and especially those involved with chewing and swallowing, on the Lungs and the respiratory muscles, and a lot, a lot of energetic work on the meridians, chakras and Figure Eights.
While working on these aspects not only did his general strength improve, but he also started to move his shoulders and the arm muscles, down to the elbow, so I could start to test him directly.
After 3 months, and about 15 sessions, the doctors, having seen his improvements, decided definitely to not implant the PEG anymore and he started to use the wheelchair and move independently from the bed to the wheelchair and from the wheelchair to the bed.
One day he told me: “Thank you so much. You saved my life, giving me back at least one source of pleasure in my life, the taste of food”. It is not by chance that in many languages they talk about “the Taste of Life”. This is why I love Kinesiology because we can help people to find the good in their lives, even if, sometimes, it seems that there is nothing good left.
And all of this, thanks to the possibility of using Surrogate Testing. 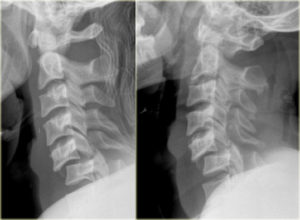