Born in Moseley, Worcestershire, he studied medicine at the University College Hospital, London, and obtained a Diploma of Public Health (DPH) at Cambridge.
In 1917 Bach had a malignant tumour removed from his spleen. It was predicted that he had only three months left to live, but instead he recovered. Bach died in his sleep on 27 November 1936 in Wallingford, Berkshire, at the age of 50.

Starting in 1919, he worked at the London Homeopathic Hospital, where he was influenced by the work of Samuel Hahnemann. In this period, he developed seven bacterial nosodes known as the seven Bach nosodes. Their use has been mostly confined to British homeopathy practitioners.
These bowel nosodes were introduced by Bach and the British homeopath John Paterson (1890–1954) and Charles Edwin Wheeler (1868–1946) in the 1920s. Their use is based on the variable bowel bacterial flora associated with persons of different homeopathic constitutional types.
In 1930, at the age of 43, he decided to search for a new healing technique. He spent the spring and summer discovering and preparing new flower remedies – which include no part of the plant but simply the pattern of energy of the flower. 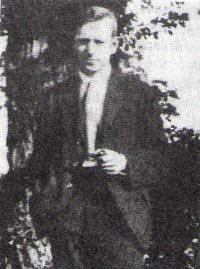