He attended the University of Detroit and the National College of Chiropractic. After graduating, he joined his father, Dr. George Goodheart, Sr., in Detroit. He later moved his clinic to Grosse Pointe, Michigan. In total, he practiced Chiropractic actively for over 50 years.

In 1964, Dr. Goodheart made the first correlation between finding a weak muscle using manual muscle testing and then employing chiropractic therapy to make it stronger. Thus he became the inventor of Muscle Response Testing (MRT) and named the technique “Applied Kinesiology (AK)”.

The first techniques were discovered by Dr. Goodheart, and other diagnostic and therapeutic procedures were added as time went on by him and and by other people using the ideas of Frank Chapman, D.O., Terrence J. Bennett, D.C., and William G. Sutherland, D.O. Later, influenced by the writings of Felix Mann, M.D., Dr. Goodheart incorporated acupuncture meridian therapy into the AK system (see also Meridian Energy System Balance).

Dr. Goodheart wrote many books on Applied Kinesiology and lectured on the subject for many years. He taught applied kinesiology not only to chiropractors but to other health professionals including naturopaths, allopathic physicians, dentists, nutritionists, physical therapists, massage therapists, and nurses.

Dr. Goodheart was the first Chiropractor to serve on the U. S. Olympic Medical Committee in 1980.

Dr. George Joseph Goodheart died peacefully at his home on March 5, 2008. He was 89 years of age. 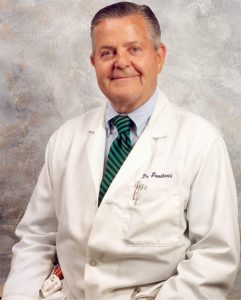