The immune system is a host defence system comprising many biological structures and processes within an organism that protects against disease.

To function properly, an immune system must detect a wide variety of agents, known as pathogens, from viruses to parasitic worms, and distinguish them from the organism’s own healthy tissue.

In many animals, there are two major subsystems of the immune system:

Pathogens can rapidly evolve and adapt, and thereby avoid detection and neutralization by the immune system; however, multiple defence mechanisms have also evolved to recognize and neutralize pathogens. Even simple unicellular organisms such as bacteria possess a rudimentary immune system in the form of enzymes that protect against bacteriophage infections.

Other basic immune mechanisms evolved in ancient eukaryotes and remain in their modern descendants, such as plants and invertebrates. These mechanisms include phagocytosis, antimicrobial peptides called defensins, and the complement system.

Jawed vertebrates, including humans, have even more sophisticated defence mechanisms, including the ability to adapt over time to recognize specific pathogens more efficiently. Adaptive (or acquired) immunity creates immunological memory after an initial response to a specific pathogen, leading to an enhanced response to subsequent encounters with that same pathogen. This process of acquired immunity is the basis of vaccination.

Disorders of the immune system can result in autoimmune diseases, inflammatory diseases and cancer. Immunodeficiency occurs when the immune system is less active than normal, resulting in recurring and life-threatening infections. In humans, immunodeficiency can either be the result of a genetic disease such as severe combined immunodeficiency, acquired conditions such as HIV/AIDS, or the use of immunosuppressive medication. In contrast, autoimmunity results from a hyperactive immune system attacking normal tissues as if they were foreign organisms. 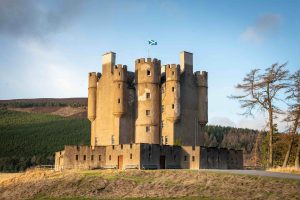