John F. Thie, DC, a 1956 graduate of the Los Angeles College of Chiropractic (LACC) and founder of the Touch for Health (TFH) movement, was born in Detroit on January 25, 1933, John Francis Thie touched hundreds of thousands, if not millions, of people around the globe, in his professional career spanning 58 years. He was a powerful and entertaining speaker – his well-organized concepts amplified by his deep, resonant voice and Kennedy-esque good looks. With Carrie, his beloved wife and teaching partner of 53 years, he traveled the globe spreading a populist message of wellness and self-healing.
His lifelong interest in nutrition was clearly in evidence when, in 1959, he penned the first of many articles for the Journal of the National Chiropractic Association: “Iodine deficiency – a Menace in Human Nutrition.”
In 1964 George J. Goodheart, Jr, D.C. lectured on the topic of muscle testing during an educational session, and John grew fascinated with the possibility of receiving immediate feedback from the body through these methods. Thie became an avid practitioner of Applied Kinesiology (AK) and a philosopher of its possibilities. Wedding AK with his populist sentiments, John believed that many of the methods of AK could be taught to and practiced as a method of self-care for all people. He repeatedly urged George J. Goodheart, Jr, D.C. to author a text for the public on AK. Although Goodheart was not averse to dissemination of his emerging methods to nonprofessionals, he grew weary of Thie’s nudging. Finally, in exasperation, he let Dr. Thie know that if he wanted such a book, John should write it himself. The prospect of authoring a book was challenging, but John was resourceful. The first edition of Touch for Health: A Practical Guide to Natural Health Using Acupuncture, Touch & Massage, authored in collaboration with then-chiropractic student Mary Marks, was published in 1972. The workbook has since been translated into more than a dozen languages and has sold more then 500,000 copies; the method has caught the attention of laymen and health professionals in several disciplines, and has spawned national and international workshops and certification programs. Ironically, one of the arenas in which the TFH manual and the movement it spawned were not fully accepted was within the ranks of the International College of Applied Kinesiology (ICAK). John, the founding chairman of the ICAK, was not supported in his vision of an AK program for laypeople. Whether for ideological or economic reasons, Dr. Thie’s populist ideas were rejected by some of his peers. Thie maintained his membership in the ICAK, but his mission TFH would take him in a different direction. Touch for Health has evolved independently in the years since. Thie moved away from the integration of AK and chiropractic clinical diagnosis. Touch for Health, he insisted, was aimed not at relieving particular conditions or disorders, but at improving the flow of subtle energy through the meridians of the body so as to enhance health. As well, he taught, TFH could be a useful means for early identification of deviation from health. By the early 1990s, John had elected to retire from active clinical practice, to focus more attention on TFH – as a gift to humanity. He turned over rights to teach and certify TFH instructors to his team of international trainers. From this group eventually emerged the International Kinesiology College (IKC), first headquartered in Switzerland and now in Australia, as well as several private kinesiology training institutes. John maintained his right to teach and innovate in the field he had pioneered, but was glad to see the TFH movement take on a momentum of its own. In 2005 he co-authored with his son Matthew Thie of newly revised Touch for Health book. He passed away at his home in Malibu, California, on Wednesday, August 3, 2005. 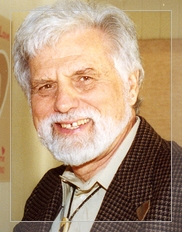