The Ling Shu, considered to be the Canon of Acupuncture, is the second part of the Huang Di Nei Jing, The Yellow Emperor’s Inner Classic. These conversations about heaven, man, and earth and their dynamic relationships are attributed to the Yellow Emperor circa 2600 B.C.E and his ministers. The first part is called the Su Wen, Simple Questions. The second part, the Ling Shu, is translated in this version by Wu Jing-Nuan in its context as the first known treatise about acupuncture with its associated medical procedures and for its philosophical beauty. The title itself expresses a world vision and reality where material and structure are secondary to the living energy of Ling Shu, the Spiritual Pivot. 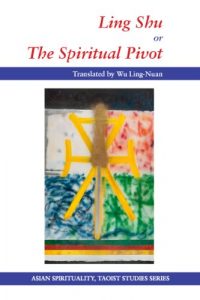