Part 1: What is really “Copyright” anyway?

This article has been published in the Knowlative Blog on the 18th of July, 2018.

QUOTE: “If nature has made any one thing less susceptible than all others of exclusive property, it is the action of the thinking power called an idea, which an individual may exclusively possess as long as he keeps it to himself; but the moment it is divulged, it forces itself into the possession of every one, and the receiver cannot dispossess himself of it. Its peculiar character, too, is that no one possesses the less, because every other possesses the whole of it. He who receives an idea from me, receives instruction himself without lessening mine; as he who lights his taper at mine, receives light without darkening me.” Thomas Jefferson, Letter to Isaac McPherson (August 13, 1813)

As broadly known, copyright is a legal right that grants the creator of an original work, exclusive rights for its use and distribution. The idea behind it was born in the 17th century with the invention of the printing press and with the concern about the unregulated copying of books and maps. From there the idea spread and developed, changing the medieval belief of knowledge as the product and expression of the collective, to a more individualistic approach, in which knowledge is a product of an individual, with attendant rights. Copyright helped our society to commodify different creative activities that earlier did not have any monetary or economic value per se.

In time copyright law expanded and become international. The 1886 Berna Convention was the first act to recognize copyright among sovereign nations. From this moment on, any author is automatically entitled to all copyrights from the exact moment in which the work done is “fixed” on a physical medium and in all countries recognizing the Berna Convention. In 1995 through the World Trade Organization’s TRIPS agreement, the Berna Convention was expanded to give it near-global effectiveness, while new agreements like the WIPO Performances and Phonograms Treaty or the WIPO Copyright Treaty enacted greater restrictions on the use of technology to copy works.

Nowadays copyright laws are standardized and ratified by nearly all countries in the world and therefore we need to carefully consider these laws when dealing with exchanging information, like the Knowlative platform is doing.
What does ‘Copyright law’ apply to?

Quoting wikipedia (en.wikipedia.org/wiki/Copyright): “Copyright may apply to a wide range of creative, intellectual, or artistic forms, or “works”. Specifics vary by jurisdiction… Copyright does not cover ideas and information themselves, only the form or manner in which they are expressed.” (italics ours) In other words, copyright does not protect an idea, but just the original expression of ideas. It means that if I wish to spread another person’s idea, I need to change the words used to describe it and change the images, and I am fully respecting copyright law. And I can do it, even if the idea is only presented in a private course manual or I just see someone else practicing it.

The threshold is creativity. For example, in United States copyright law was invoked in the 1991 ruling of the United States Supreme Court in Feist Publications v. Rural Telephone Service. The court opinion stated that copyright protection could only be granted to “works of authorship” that possess “at least some minimal degree of creativity”. As such, mere labor (“sweat of the brow”) is not sufficient to establish a copyright claim. To better describe what this implies, you can take a recipe (or a kinesiology technique). A recipe is a process and it is not copyrightable, while the words and phrases you use to describe it are. You can rewrite the recipe in your own book, changing the descriptions, and publish it without infringing copyright.

Part 2: How do you protect an idea? 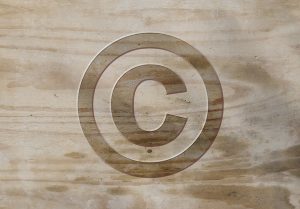