On  the middle phalanx.

In general, stabilization of adjacent digits to give fixation of the digit toward the finger that is moved and to prevent assistance from the digit on the other side. 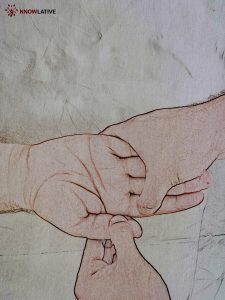